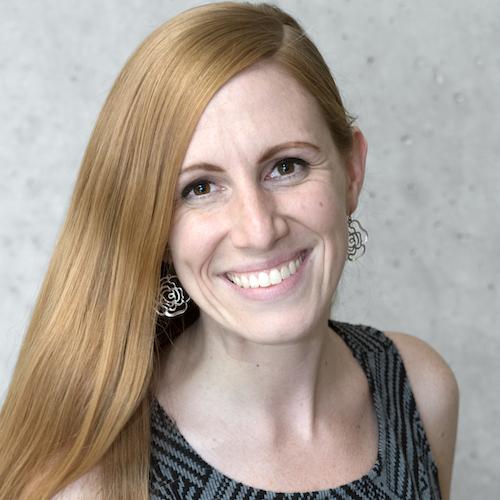 Lauren has been singing barbershop since she was eight years old, and has been a Sweet Adeline since 2003. During high school, she was the bass section leader in Region 15's Hickory Tree Chorus, and throughout college she sang with Region 3's Melodeers Chorus, with whom she was a bass section leader, singing her way to a gold medal at the 2008 International Convention. She has sung in several barbershop quartets as well, but Lauren will tell you that her true passion lies in directing and arranging. During her early years as Greater Eugene’s director, she directed and arranged music for Mind the Gap, the University of Oregon's gender inclusive acappella group. She currently also directs the Oregon Children's Choir's high school treble acappella group, Synergy.

In her "real life," Lauren is a research scientist at the University of Oregon, where she completed her PhD studying the science of behavior change and motivation. In her spare time, she enjoys cooking, playing the piano, drawing, writing music, spinning in circles while trying to pass it off as dancing, and laughing at you for thinking there's actually something called "spare time." After all, if you had extra time - why wouldn't you fill it up with music?